Looking at videos on YouTube recently we noticed a light bulb sitting on the top right of the video playing back.

As it was the first time we’d used it, we felt duty bound to give it a try.

Floating over it popped up a dialogue “Turn down the lights” raising our interest further.

Clicking it found the Web page surrounding the video fade out to close to black, allowing full concentration on the video playback. People who have used DivX playback may have seen something similar previously.

It’s worth noting that this feature isn’t ‘normal’ on YouTube videos yet, but as it was a video under the official Google account, it could well be rolled out to other accounts later. 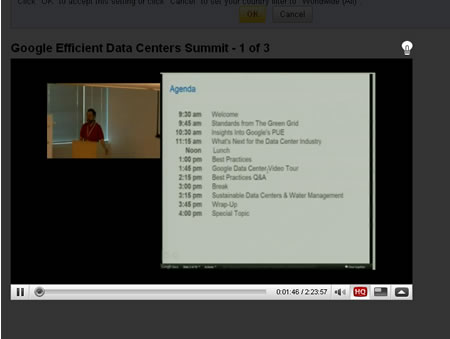