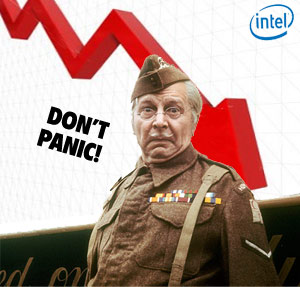 Processor heavyweights Intel have announced an almighty drop in operating income for 2009, yet remain confident that PC sales will rise over the coming months.

The company recorded a whopping 56 per cent drop in its operating income for the first quarter of 2009, yet cheery Paul Otellini, Intel president and CEO remained upbeat, “We believe PC sales bottomed out during the first quarter and that the industry is returning to normal seasonal patterns.”

Although the California-based chipsters shifted over $7 billion (£4.5 billion) worth of processors in the first three months of this year netting a tidy $670m for themselves, that figure was 13 per cent down compared to the end of 2008 and a 26 per cent drop from the same time last year.

The phenomenal growth in netbooks powered by the company’s Atom microprocessors garnered $219 million (£147 million) in revenue over the last quarter, put that was down 27 per cent from Q4 2008, with the average selling price for chips remaining flat. 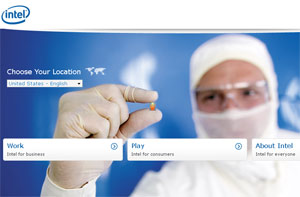 Intel is banking on this quarter delivering similar revenue figures and margins, but managed to cover all bases with a fabulously vague comment about how the “current uncertainty in global economic conditions makes it particularly difficult to predict product demand and other related matters and makes it more likely that Intel’s actual results could differ materially from expectations.”