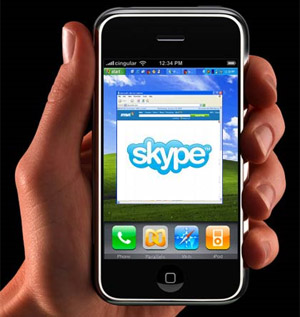 Official versions of Skype’s mobile app for the iPhone and BlackBerry have been announced, with the iPhone/iPod Touch version expected to land in the iTunes App Store tomorrow.

The release frees iPhone Skypers from having to fumble around with workarounds like Fring, although there is something of a caveat in the shape of VoIP calls via Skype for iPhone only working if you have a Wi-Fi connection.

The app packs in most of the usual bits and bobs that come with the Skype experience like instant messaging (happily, this will play with a 3G connection), SkypeOut calls to mobiles and landlines and conference calls.

There’s a couple of iPhone-only features bolted on to the app, although there’s nothing much exciting: the new version lets users take a photo from within Skype to serve as an avatar image, or photos can be grabbed from the camera roll.

Skype currently enjoys 450 million registered users worldwide, with chief executive Scott Durchslag saying that an iPhone version was the number one request from its customers. 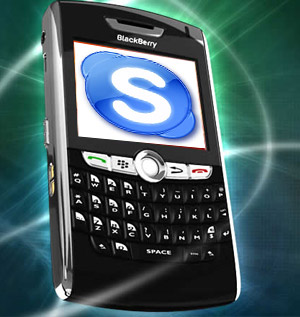 “There’s a pent-up demand,” insisted Scotty. “I’m firmly convinced that if Skype could find a way to bridge all those cellphone cameras and laptop cameras it might kick-start a video telephony opportunity,” he continued.

Some of Skype’s other features like video conferencing and the ability to receive a second Skype call are notably absent from the iPhone version, although Scotty D says they may appear over time: “We’re considering video carefully but we have a really high bar on the quality. If we do it we will have to do it incredibly well.”

BlackBerry users will have to wait a wee while longer, with their version of Skype due in May.

The service is already available on a wide range of other handsets, including the Android-powered T-Mobile G1 and more than 100 other Java-enabled phones.

One thought on “Skype Announced For iPhone and BlackBerry”