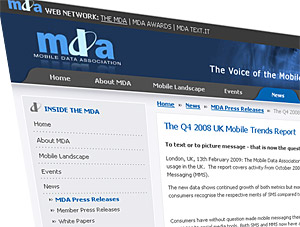 The Mobile Data Association (MDA) has been running wild over towering mountains of raw data, skipping gaily through meadows of mobile traffic reports and splashing in streams of SMS statistics to being you their latest quarterly report on mobile phone usage in the UK.

This worked out at a staggering 216 million messages every single day, with the average Brit pumping out 1,213 texts over the whole year.

Not surprisingly, New Year’s Eve proved to the biggest day for texting, with nearly 400 million SMSs flying across the airwaves. Christmas Day was the second busiest day, with 337 million festive greetings and drunken messages notched up – up 26 per cent on the year before.

The MA reckon that MMS is unlikely to ever overtake plain ol’SMS though, with Rob Bamforth, Principal Analyst at Quocirca, musing: “Messaging on the move continues to grow and as it does the reasons or purposes widen. While SMS messages allow for quick simple voice call replacement, MMS has different drivers. These often revolve around more specific needs or events. 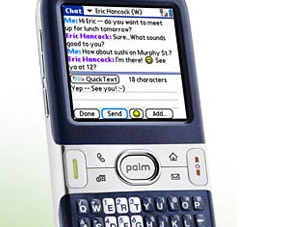 A spike in seasonal use demonstrates one such example but there are others. Celebrations, holidays, and other events are particular applications that will drive more sophisticated use that fits well with MMS and extends messaging beyond simple text to other media.”

A torrent of Q4 texting facts