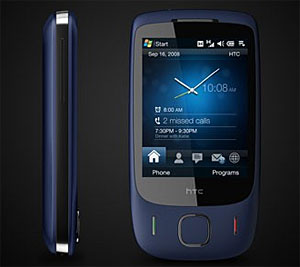 Slipping out of HTC’s ever-industrious product factory in rather a half cocked manner is two new high-end HTC Touch handsets; the Touch 3G and Touch HD.

Both seemed to have suffered leaked releases, with product pages going up and down all over t’shop, but here’s what we’ve found out so far.

The company claim that their 2.8-inch touch screen offers “four times the resolution of most phones” but at just QVGA (320 × 240) we can only assume they’re comparing it to crappy old cheapo handsets rather than current big sellers like the iPhone or even three year old phones like the Palm Treo 650 which managed a more impressive 320×320 (edit: we think they’ve just got it confused with the specs for the Touch HD below). 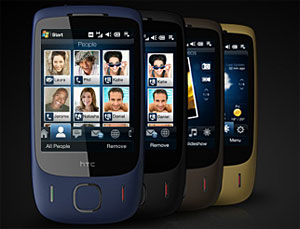 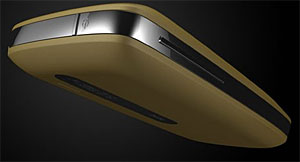 Pricing or availability to be announced. 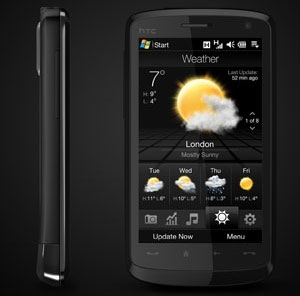 When it comes to connectivity, the HD has got most bases covered too, packing HSDPA, GPS/ A-GPS, 802.11g WiFi, Bluetooth 2.0+ EDR and a microSD slot.

The 12mm skinny box o’tricks also sports a front-facing VGA camera for video calls, and there’s 512MB of ROM and 288MB of RAM onboard. 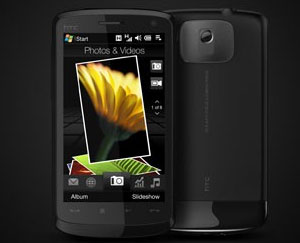 We’ll try and find out availability and pricing once HTC stops faffing about with their website. Meanwhile you can check out the product page to see if they’ve put anything back up yet.