The price of connecting every UK home to a super=fast fibre-optic broadband network could be set at a cool £30 billion according to the government’s broadband advisory group.

With punters all across the UK mad for some ultra-fast broadband action, the Broadband Stakeholder Group got out its big calculator and after a lengthy session of frenzied tippety-tapping, put the cost of rolling out fibre-optic cable across the UK at a whistle-inducing £5.1 billion, potentially climbing up to an astonishing £28.8 billion depending on the technology used.

Commenting on the report – which he claimed was “the most comprehensive analysis produced to date on the costs of deploying fibre in the UK” –
BSG chief executive Antony Walker said, “The scale of the costs looks daunting but the report does shed light on how some of these costs can be reduced and what the likely extent of commercial rollout will be.”

“It should focus minds of commercial players, policy makers and regulators on the potential solutions to these challenges,” he added. 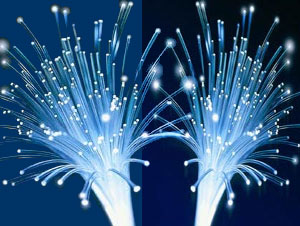 The bargain basement option involves overhauling the national infrastructure with fibre to the ‘cabinet’. This doesn’t mean a load of cables being wired up to a government committee but would involve upgrading the main arteries of the network to fibre optics, while leaving the link from the junction to the home as traditional copper.

The moneybags option would see all the copper cable being replaced, with point to point fibre being employed to individual homes, including homes and businesses in rural areas.

The Broadband Stakeholder Group reckons that using existing telecommunications ducts and water pipes or even overhead cables could cut costs, buy which ever way you spin it, bringing super fast broadband to the masses is going to be a might expensive business.