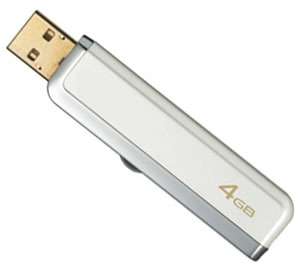 Today’s is the loss of the names, dates of birth and, in some cases, the expected prison release dates of all 84,000 prisoners in the UK.

As well as this shocking amount of data, there was more held on the memory stick that it’s reported that PA Consulting lost.

The Guardian reports that other data lost this time includes the names, addresses and dates of birth of around 33,000 offenders in England and Wales, with six or more recordable convictions in the past 12 months on the Police National Computer.

Errr … more to come to. The names and dates of birth of 10,000 prolific and other priority offenders and data from the Drug Interventions Programme.

Not surprisingly Liberal Democrat leader, Nick Clegg is quoted as saying “Frankly the Keystone Cops would do a better job running the Home Office and keeping our data safe than this government, and if this government cannot keep the data of thousands of guilty people safe, why on earth should we give them the data of millions of innocent people in an ID card database?”

ID Cards Scheme must be cancelled
Digital-Lifestyles sees that any government — never mind one as useless as this one has proved itself to be in the keeping of data safe — should NOT be in trusted to preserve the personal data.

We believe that there is no way on earth that the ID card scheme, which seeks to bring all of each of the UK’s citizens data together in one place should be allowed.

How many times more does this need to happen before the majority of the UK population agrees?

One thought on “All 84,000 UK Prisoner’s Details Lost On Data Stick”