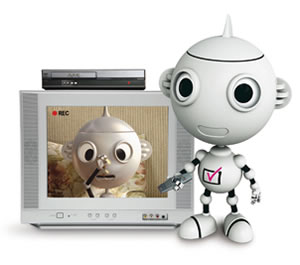 With the 2012 date of switch off of UK analogue TV drawing ever closer, British MPs have been hearing about the current levels of adoption of Digital TV.

The UK Parliament Public Accounts Committee heard that many TVs that were still being bought, were not Digital ready, with those purchases, totaling millions of pounds, arguably being wasted.

Digital TV, the authority responsible for ensuring the transition to digital is smooth refuted this, “These (TV) sets do not become obsolete at switchover, as they can also be easily converted using a digital TV box.”

The Digital Tick scheme, designed to help consumers understand which TVs were compatible with digital TV reception, came in for criticism. Edward Leigh, the chairman said the scheme was “a mystery to many retail staff, let alone the people to whom they sell TVs.”

The MPs heard that almost 4 million homes did not have digital TV, and that there were 26 million analogue TVs in place in people’s homes, would not continue to receive a signal come switchover.

Many choices create confusion
It’s highly possible, and understandable, that confusion is rife due to a large number of choices available to the prospective purchaser.

Ignoring which manufacturer to go for, they have to deal with changing their CRT TVs to flat screens; understanding what HD & HD-Ready means; the different between 720i, 720p and 1080; if their new set will be able to receive digital TV; the difference between Sky; Sky +; Sky HD; Freeview and Freesat.

No wonder they’re finding it so hard.