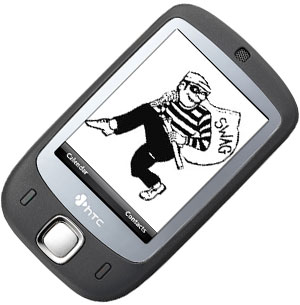 Smartphones have become a bigger security risk for businesses than laptops and mobile storage device according to new research.

Conducted by the ‘endpoint data protection supplier’ (a wha’?) company, Credant Technologies, the survey quizzed 300 senior IT staff and found that 94 per cent of them reckoned that PDA/smartphones presented a bigger security risk than the traditional ultra risky USB mobile storage devices, which registered a 88 per cent risk.

Laptops were seen as slightly less unsafe, with just under eighty per cent voicing security concerns. However, only forty per cent had encrypted data on their laptops, with the remainder claiming that the information stored was “not worth” protecting.

The biggest problem with PDAs was that over half of the IT executives surveyed couldn’t be bothered to use a password to protect access to their phones. The survey found that nine in 10 of smart phone users were able to access company networks without any extra security – even though the phones were owned by users and not the company. 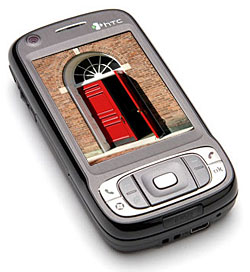 Noting that there were no access restrictions being applied to 81 per cent of the phones, Credant Technologies said smart phones had become “easy pickings” for any dodgy tea leafs trying to pocket the phones and/or access potentially valuable company information.

Peter Mitteregger, European head honcho of the Credant crew, said: “Companies need to regain control of these devices and the data that they are carrying, or risk finding their investment in securing the enterprise misplaced and woefully inadequate.”