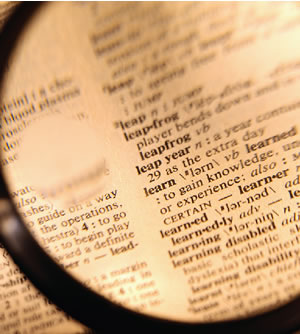 An amazing 70% of the language used by people leaving voice mails on mobile phones isn’t in the dictionary, reveals Spinvox, a company that changes mobile phone voice mails in to text.

Clearly this could make changing those voice messages into text quite a challenge. Not only does their system, called D2, have to deal with accents around a county — some of them pretty strong around the British Isles — but also learn about the slang that is used in those regions.

Given the variety of areas covered, we’ve got absolutely no idea on how you pronounce them, so you’re on your own there!