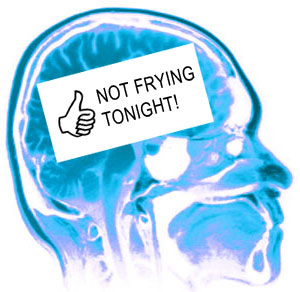 If anything’s likely to cause long term health issues, it would be worrying over the endless contradictory mobile phone health reports.

In the latest of a long line of reports, a Japanese study concludes that mobile phone use does not raise the risk of brain tumours, so we can relax for a bit (until the next damning report comes out, natch).

The first to look at the effects of hand set radiation levels on different parts of the bonce, researchers at Tokyo Women’s Medical University discovered no increased risk of the three main types of brain cancer among mobile phone aficionados.

The study compared 322 brain cancer patients suffering the three most common types of brain tumour (glioma, meningioma or pituitary adenoma) with 683 healthy people and quizzed them about their mobile phone use over a long period of time. 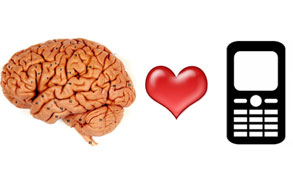 Radiation levels beaming out from various types of mobile phone were also examined and categorised into four levels based on their radiation strength, and each phone was analysed to see how it might affect different areas of the noggin.

Although there’s been huge amounts of contradictory findings from research into mobile phone safety, most have failed to find an association with an increased risk of cancer.

Dr Lesley Walker, of the charity Cancer Research UK, commented: “So far, studies have shown no evidence that mobile use is harmful, but we can’t be completely sure about their long-term effects.