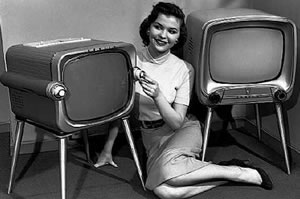 Over half of US Households now own at least one digital TV set, claim the Consumer Electronics Association (CEA).

In the build up to the trade show mania that is the CES, the CEA is winding up the PR machine and releasing statistics to both boost the TV industry and get the public interested.

They’re claiming that TV manufacturers will post an 11 percent revenue growth to more that $25 billion on digital TV’s in 2007. It’s projected that a further 32 million units will in 2008, and Gary Shapiro, the president and CEO of CEA, claims HD sets will account for 79% of these DTV sets.

Other figure of interest are the percentage growth figures for 2008 – 13% in revenue and 17% in the number of units. The lower revenue growth should please consumers as it points to dropping prices.