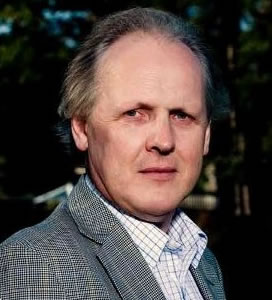 Those of a certain age will wax lyrical and glow slightly when the BBC Micro is mentioned in a conversation. It was a computer – along with the Sinclair ZX80/81/ Spectrum – that introduced a generation of the UK to computing.

In Gordon Brown’s first New Years Honours List, Steve Furber, a principal designer of the BBC Microcomputer received one of the 32 CBE’s that were given this year.

Furber was the only person to receive an award for computing in the published list.

The BBC Micro
The BBC Micro, or ‘Beeb’ as it generally became to be known, was built by Acorn Computers in response to the BBC’s Computer Literacy Project.

Released in later 1981, it’s reported that Acorn expected to sell a total of 12,000 units, which was blown out of the water by eventual sales of over 1.5 million – totally a mountain of money given they sold for between £299 and £399.

Where the BBC Micro won over the Sinclair alternatives was in its full-sized keyboard, then-powerful BBC BASIC programming language and a superior graphics chip.

While the loading and saving of computer programes was originally achieved by using audio tape recorders, the considerable amount of time taken to acheiev this didn’t put off users – they had not option!

The development of the BBC Micro by Steve Furber went on to form the basis the ARM 32-bit RISC microprocessor, still the basis of many computing devices used today.

Steve left Acron in 1990 and is now the ICL Professor of Computer Engineering in the School of Computer Science at the University of Manchester.

SpiNNaker: Modelling a human brain
Clearly not a man to rest on his past glories, Steve is now leading an impressive sounding project, with its aim to link 1 million ARM processors.

Called The SpiNNaker Project – a universal Spiking Neural Network architecture – when completed this will model a billion neurons in real-time, an amazing feat brought into perspective only when you realise that this is _still only_ around 1% of the human brain!

The size of the project and the inherant complexity of connecting so many processors has highlighted the problems of getting so many powerful chips to communicate with each other. This has lead Steve into a further area of research – that of on-chip interconnections becoming treated as networks, rather than a bus as they currently are.