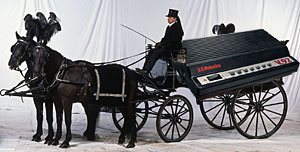 For many, the curious Kraftwerk-like random blast of electronic beeps and squishes made by a dial up modem connecting with their ISP was the soundtrack to their Internet access, but now it looks like that sound is going the way of the steam whistle.

The rapid growth of broadband connectivity means that trusty dial-up connections will become as rare as a convincing England football victory by the end of the decade, according to a recent report. 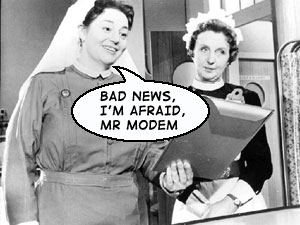 Their predictions are in line with recent figures from the Office for National Statistics, which revealed that a hefty 88.4% of UK Internet connections were now broadband, up from the 86.2% total of the previous year.

Steve Weller, USwitch.com head honcho of ‘communications services’ put on his best ‘Talking To The Press’ hat and said: “There is no way that slow, cumbersome dial-up connection will have a place in the home of the future where entertainment will be underpinned by the broadband connection.”

However, dial-up is unlikely to vanish completely because a small number of punters still prefer to connect old-style.

And it only seems like yesterday that we were hooking up our Amiga A1200 to the web via our ‘high speed’ USB Robotics 9,600 baud fax/modem…

2 thoughts on “Broadband Soars As Dial Up Dies”