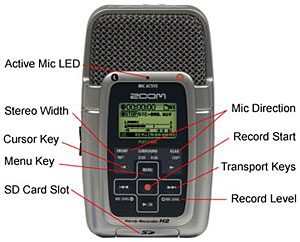 Packing not two, but four microphone capsules, the H2 can deliver full 360° recording, bringing all four signals together for solid stereo imaging. 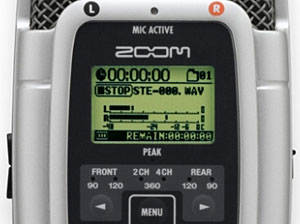 Additionally, you can record 360° in 48kHz/24-bit format which will allow you to convert your recordings to 5.1 Surround.”

The 4oz chunky chappie offers one button recording with gain controls on the side plus ‘auto’ options. There’s no speakers on board so playback is either via an external amp or through headphones plugged into its 1/8″ stereo output.
There’s also a USB 2.0 port for shunting files to your PC. 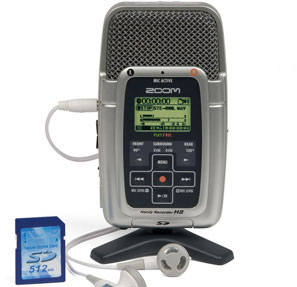 Powered by alkaline AA batteries, the battery life is a bit disappointing, offering just 4 hours of continuous operation – a figure dwarfed by the portable MiniDisc players that are still popular with radio reporters (the BBC have used MiniDisc recorders for years).

Still, it’s priced pretty well and we could see it appealing to musicians, reporters, journos, sound samplers and – naturally – bootleggers. 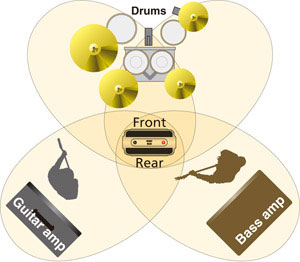