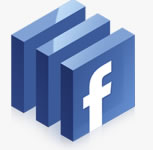 The event took place at the T-Bar in the Tea Buildings in Shoreditch on Wednesday 15 Aug 2007. It was meant to start at 7pm but given the long queue at the door, the start was delayed.

Since Facebook made itself a development platform, people or companies can create applications to run on it. The Developers Garages events are organised by local folk with the assistance of Facebook (the company). They’re spring up around the world as developers try to suss out if there’s an opportunity.

The meeting was reminiscent of old First Tuesday or Mobile Monday events, but with a considerably younger crowd.

Technology often fails
There was meant to be a link-up with various US Facebook people, using Apple Macs and iChat. As often happens, initially it didn’t work. Eventually they did manage to get some Facebook people on-line and projected them on to the screen at the front of the audience.

It didn’t really work too well – there were just too many people there for it to be seen or certainly heard.

There were various talks by people/companies who’d developed Facebook applications, but the initial one at least was just a sales pitch – not what you hope to hear at a developers evening.

Unfortunately we didn’t stay for the whole event (and the “let’s organise a London Facebook committee”), as it got a bit boring and there was a birthday party around the corner.

The most interesting part of the event was actually seeing an iPhone, though it was only operating in WiFi mode (as roaming charges would be huge back to the US). Sadly accessing a Website and downloading a vCard didn’t work – the iPhone rejected the content!!!