We’ve been in touch with the BBC Trust today, to follow up the statement that was mentioned in our piece about the BBC Trust position on the iPlayer and Linux playback. Here it is in full with our observations at the end.

The BBC Trust had a useful and constructive meeting with the Open Source Consortium (OSC).

The meeting provided an opportunity to hear the OSC’s concerns and explain what action the Trust has taken to ensure that the new BBC iPlayer becomes platform neutral as soon as possible.

Officials reiterated that the BBC Trust is fully committed to users of both the Linux and Mac operating systems having full use of the BBC iPlayer.

However, the Trust is aware that achieving this is dependent on the actions of third parties outside the BBC’s control.

It was a condition of approval for the BBC’s on-demand services that platform neutrality be achieved within a reasonable period.

The Trust will audit the BBC’s progress against this objective every six months and publish its findings.

The Trust welcomed the OSC’s offer of help to establish an open-source, cross-platform solution, and offered to facilitate a meeting between the OSC and BBC management.

The Trust will meet the OSC again after the first six-monthly review of progress.

Many will be disappointed to see a few woolly phrases in there. 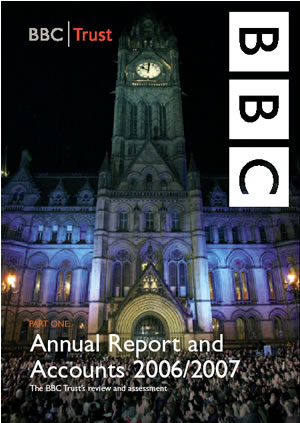 Actions of Third Parties
One “However, the Trust is aware that achieving this is dependent on the actions of third parties outside the BBC’s control. ”

While this is obviously true, it also gives the BBC a get out saying that “It ain’t us Guv.”

One source of the third party solution would be the help of the open source world that was offered by the OSC to the BBC yesterday. Many would be very happy to get a solution running on Linux.

Positive help aside, the Trust statement totally ignores the point that iPlayer has been built on technology that is closed and propriety, making it necessary to try and bolt on Linux and Mac support, where as it should have been considered form the outset.

Reasonable period
The Trust says, “It was a condition of approval for the BBC’s on-demand services that platform neutrality be achieved within a reasonable period.”

Reasonable period couldn’t be more woolly if it tried. Anyone care to define it? It could be any length at all – a month, a year. Isn’t it any period of time that can be explained away?

The questions The Trust should be asking the BBC management responsible for iPlayer is “Why wasn’t an open solution developed from the outset?”

We really do hope that the BBC Trust is as serious as possible in correcting the mistake of making the iPlayer dependant on its users having to use Microsoft products – and do it within a short period of time.

Any other way is a insult to the BBC tradition.