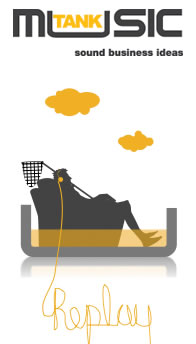 For once the panel (detailed below) had more members from the Internet side of things than the music industry, though Playlouder sit somewhere in between.

About a year ago a cross music industry grouping announced a new process called “Value Chain Proposition” whereby rather that sue end-users, they wanted ISPs to pay a license fee as they allowed users to file-share and that “added value” to their service and that added value had a monetary value that the music
industry should have a part of.

Unfortunately what they didn’t see is that ISPs would actually love to block all file sharing, it’s not something they like as it has a massive cost to them in terms of them having to provide more and more bandwidth to support file sharing. If they ISP blocked access to services (including file sharing) they’d lose those customers.

So the music industry got it backwards, rather than adding value, ISPs have to support file sharing or they’d have no customers.

Richard Gooch of IFPI welcomed the news that Belgium ISP Scarlet (formally Tiscali) had lost their case (re file sharing across their network), the ISP contingent thought it wasn’t good news and hoped the decision would be overturned.

Moving forward
The music industry is generally losing out as CD sales decline, even with the growth of on-line services such as iTunes (something like $11bn drop in worldwide CD sales, compared with $2bn growth in on-line digital sales), so though people are buying digital music, it’s not making up for the loss in physical sales.

There are also some interesting points, where the music industry has sued end-users, file sharing (P2P) has declined compared to countries where no action has been taken (where P2P has generally increased). However when people stop file sharing, they DON’T buy more physical
product.

The music industry is now accepting that they have to change their minds and it’s not about targeting end-users or ISPs, but how they can work together and monetise file sharing.

Currently the licensing regime is quite inflexible and there were some discussions that they should allow more flexibility as the business models are changing. As an example, Pandora was mentioned (who have tried to work with the music licensing bodies – not always successfully) and in the US have paid around $1m to SoundExchange, however as a start-up (7.5m users) they can’t work within the existing fixed licensing regimes and would like the regimes to change to support them as they do want to pay musicians, etc.

Various people spoke about value and that it’s about consumers (whereas the old model is record companies selling to distributors i.e. a B2B model) and that consumers now expect more than just tracks.

File sharing in general terms is a horrendous problem for ISPs and it’s only going to get worse as video material and then HD video is shared. No one knows what the effect of things like the BBC’s iPlayer are going to have (which is released later this month) as it relies on the BBC seeding content and then it’s all P2P (using the Kontiki P2P software). ISPs could provide caching, but in the old scheme of things the music industry would then sue the ISPs for holding illegal content.

Playlouder do have a model that could work, they charge a premium for their broadband service and monitor file sharing that takes place across their network and pay license fees.

Unfortunately it only allows for file sharing across their own network (i.e. users) and they block
access to file sharing to other networks (which means unless they have a huge customer base, file sharing will be limited or at least the availability of content will be limited). They also haven’t completed license deals with all the major labels.

So though nothing was decided, at least the music industry is willing to look at new ways forward and the ISP industry is now talking.