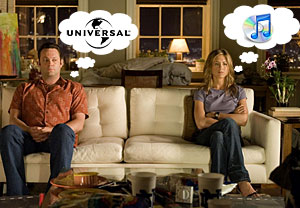 Universal, the planet’s biggest music corporation, has told Apple that it won’t be renewing its annual contract to sell music through iTunes.

According to an anonymous executive cited in the New York Times, the mighty Universal Music Group of Vivendi will now market music to Apple at will, leaving the company free to remove its songs from the iTunes service at short notice if pricing and terms can not be agreed.

Universal and Apple representatives were remaining tight lipped about the fallout, but industry insiders see it as the inevitable bubbling over of long-founded tensions between the record industry and Apple’s iTunes music downloading service. 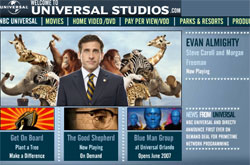 Universal’s move seem to be all about getting a bit of leverage from the hugely successful iTunes service, although it could prove a risky adventure, with sales of digital music through iTunes (and other sources) accounting for over 15 percent of Universal’s worldwide revenue in the first quarter, adding up to over $200 million.

The immense success of iTunes has left some music bigwigs mightily miffed at the service’s near monopoly of the one sector of the business that is enjoying significant growth, with much industry grumblings about the iPod’s lack of compatibility with other music services.

Their refusal to sign up to a long term deal means that Universal could continue hustle hard for better terms with Apple or look for alternative means of selling its extensive catalogue online.

It’s a risky strategy for Steve Jobs too, who stands to lose access to record labels that collectively account for one out of every three new releases sold in the US if Universal decides to pull its catalogue from iTunes.

One thought on “Universal in Dispute With Apple Over iTunes”