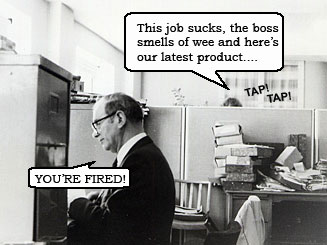 More than a third of employees who keep personal blogs risk getting the boot from their job by posting information about their employer, workplace, or colleagues, according to new research.

The research found that 39 per cent of those keeping a blog posted up “potentially sensitive or damaging” information about their place of work, their boss or fellow workers.

Gillian Dowling, technical consultant at Croner, compared the attitude of the free’n’easy blogging work h8rZ to the early days of email use when employees were “lulled into a false sense of security” by the informality of the medium.

“Many recipients received rude, angry, or otherwise inflammatory emails which had been written and sent in the heat of the moment. Back then it was common to train staff on the use of emails which included advising employees not to send inappropriately worded emails in haste. Employees were advised that the use of emails was the equivalent of sending or dictating a letter, and just as binding.” she said.

Dowling reckons that it’s a similar deal for today’s bored or miffed off bloggers, with the lack of face to face contact encouraging them to let rip about their crap boss or rubbish day without thinking of the possible consequences. 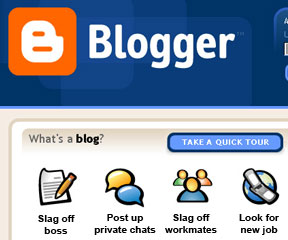 “If there is a negative impact on the organisation’s corporate image which is so serious that it breaches the implied term of mutual trust and confidence, the employee could be dismissed for gross misconduct,” she warned.

With the prospect of supremely cheesed off employees whistleblowing dodgy company practices, Dowling added that, “Employers need to ensure that they carefully consider the impact of blogging on their organisation and take appropriate steps to minimise any potential risk.”

Of course, once you’ve left the company there’s nothing to stop you letting rip on the web about the crap jobs you’ve had to endure in the past – and even better if your personal catalogue of gripes ends up ranking higher in Google than their own website!