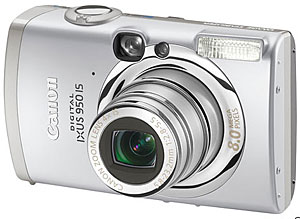 Continuing Canon’s exceedingly annoying habit of giving new models different names in Europe and the US, the camera giant has announced its new PowerShot SD850 IS camera, offering Face Detection Technology and an optical image stabiliser.

Yes, we know it sounds – and looks – almost exactly the same as the Canon Ixus 850 IS we reviewed recently, but it is in fact a completely different model which will be released as the Canon Ixus 950IS over here.

We’ve no idea why Canon choose to keep confusing punters by selling the same cameras with different names, but the SD850IS replaces the camera known as the SD700 in the US. In Europe, this model was known as the Ixus 800IS. 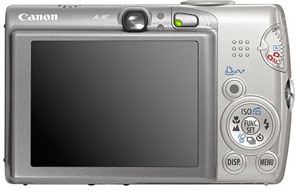 As is the vogue, there’s Face Detection Technology onboard, with Canon claiming faster processing, advanced Noise Reduction and Red-Eye Correction.

On the back of the camera, there’s a large 2.5″ 230k “PureColor” LCD monitor which Canon say has enhanced scratch resistance (the Ixus 850 IS certainly scratched easily enough in our tests) and a tiny optical viewfinder. 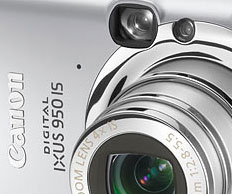 Canon have stuck to the trusty SD and MMC memory cards, with a rather miserly 32MB card bundled with the camera.

There’s no news on pricing yet or when the camera will be released in Europe.