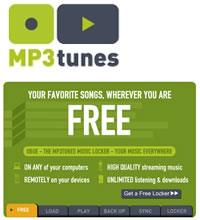 Oboe, the MP3Tunes.com online music service is increasing its previous 1Gb of free music storage to unlimited storage to some of its registered users.

The bold move was signalled when we received an email notification today that our account had been given the magic blessing.

MP3Tunes takes a different approach to iTunes and other on-computer music management software. Rather than have all of your music stored on the machine you are listening to it on, the music is stored on the Internet.

To listen to the music you can either use their application; or plugins for Browsers (Firefox or ie); or media players (iTunes and Winamp). Access to the music is also free.

This brings the advantage that your music can be played by any Internet-attached computer or device that you might have to hand, including TiVo, Nokia 770 and Series 60 phones. 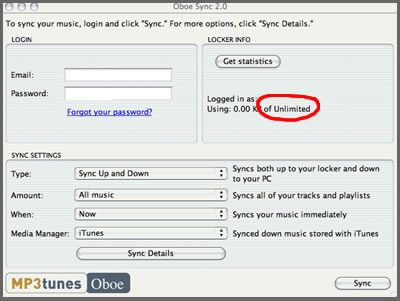 They’re not sniffy about the music file formats either, with a comprehensive selection supported (MP3, MP4, M4A, M4P, AAC, WMA, OGG, AIF, AIFF, MIDI). Pointedly it is also stated that “Digitally Restricted Files may not play.”

The unlimited service, previously called Premium, used to cost $40/year. As with their previous offering, there may limits on the size of each file that you upload, but at time of going to press, this remains unclear. 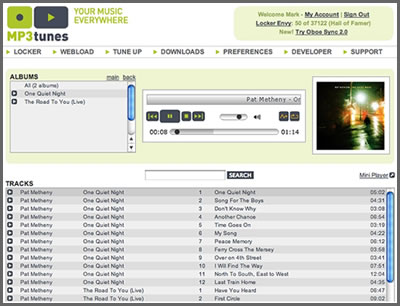 A bit of history for you …
Mp3Tunes was started by Michael Robertson, the founder of MP3.com, the trail blazing music service that started in 1998 and eventually had to close after a concerted legal attack by the music business.

In 2000 mp3.com started my.mp3.com, a service very similar to the Oboe service offered now offered by MP3Tunes. We hope that their new service doesn’t suffer the same end.

Impact
We think this move to an unlimited service could just start to put a dent in the dominance of iTunes, particularly in Europe, where legal pressure is building on them.

Being able to access music collections from work as well as home, without having to physically carry them, is a big boost.

As far as sustaining the service, because clearly there’s a fair cost in offering something like this, we assume the income will arise from the sale of additional music to the people who embrace the service.p