A 17-year old Singaporian male has just escaped a jail sentence, for piggy-backing on someone else’s WiFi connection without their permission, AFP have reported. In place of ‘time in the can’, he ended up with 18 months probation, including a period in a boys home and 80 hours of community service. 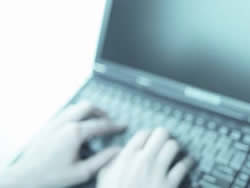 Pretty severe for securing “access at about 02:00 on May 13 last year to a wireless router belonging to a person identified as Amos Leong “for the purpose of obtaining computer service” and specifically for Internet access.”

The poor fellow, Garyl Tan Jia Luo, was apparently addicted to online gambling the court was told. This lead him to jump on to someoneles connection, after his Mum took away his modem. He was sitting outside using his computer when someone became suspicious and called the boys in blue to get him arrested.

Back in December he pleaded guilty and had a possible maximum three years prison sentence hanging over him over the whole Xmas period.

There’s another case coming to the Singapore courts soon, with the bod facing some 60 charges of the same.

We could sort of understand it if someone was having to pay for the access, like the 20c/min service that SingTel WiFi service started back in 2002, but what makes this whole thing even stranger is that the Singapore government are planning to give the population free WiFi access soon.

While this is the first case of this sort in Singapore, there have been other examples around the world, including the UK and US. As you can see, it was particuarly popular to run these bods through the courts in 2005.

What’s up with these people?
Whenever we hear about these cases, we’re frankly amazed that these people get done at all. Who is it hurting when a little bandwidth is borrowed?

We’ve had first-hand experience with this at our previous office in Hanson Street, London. We had naturally left our WiFi connection open, just incase someone wanted to check mails as they were passing by. Sadly someone nearby decided that they were going to abuse it and cane the heck out of it to download huge amounts of content on P2P networks.

Once we found out about it, it wasn’t a call to the law, but a tightening of the setting on the router to make sure the uninvited guest wasn’t able to abuse our generosity anymore.