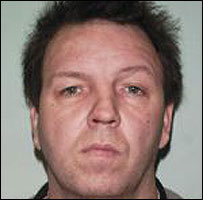 The UK first case of Web-rage to go through the courts has reached sentencing.

It all started when Gibbons took an extreme dislike (to put it lightly) to some of the online discussion comments put forward to John Jones, 43, who lived in Essex. This grew to the point where Jones taunted Gibbons.

The normal course of events in this type of occasion, would be a flame war as the various parties attack each other over a series of posts – then, eventually it would fizzle out.

Not this time. Gibbons took such affront, that he gathered details online about John Jones’ address and went to pay him a visit, complete with a pickaxe handle and a friend with a machete.

When Jones opened the door of his house – with a knife of his own, he was severely attacked.

There have been previous examples of people being attacked for online conflict. In China, one player of online game “Legend of Mir 3” killed another over a dispute over ownership of a virtual sword.

As Investigating Officer Det Sgt Jean-Marc Bazzoni of Essex Police said, “The dangers of giving personal information out in a chatroom environment must never be underestimated.”