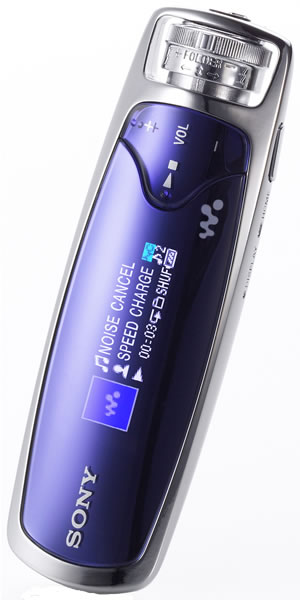 Sony have released the latest of their Walkmans – with the added bonus of having noise cancellation built in. It’s the first for a portable music player.

The headphone that comes with the NW-S700 Walkman, named 13.5φEX, have built-in microphones that capture, examine and then neutralises the surrounding noise. They call it Clear Audio technology.

There’s built-in audio encoding, letting you record for an analog source directly and it comes in violet, black and pink.

One of the options that you’ll be able to get for it, is a Bluetooth Audio Transmitter, letting you send the music via stereo bluetooth to your ears. Expect to see lots of this feature soon.

It’s going to sell for £189 starting in November – just in time for you little cousin’s xmas present.

It sounds like a great idea, that we can’t wait to get our hands on.