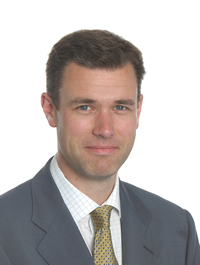 Ofcom has announced that Ed Richards is taking over the uber-communications agency CEO reigns, effective today.

As we back in January), the then current CEO Stephen Carter was leaving.

Richards name has been in the frame for a long time. He’s politically very well connected, given that he was previously the UK Prime Minister’s Senior Policy Advisor on media matters.

Watchers of all things Ofcom, our good buddies OfcomWatch see the challenges for Richards to be

* Steering Ofcom through its day-to-day implementation of the various strategic reviews. This means real bread-and-butter regulatory work like conducting radio spectrum auctions and supervising BT-Openreach as it starts to deliver on its Sept 2005 undertakings. Gone – for the most part – are the days of strategic thinking combined with predictive statements about the future.

* Ensuring that Ofcom’s voice is heard on key issues. Ofcom to its credit, tend to think and act in an evidence-based manner, but are surrounded by a regulatory environment which is highly politicised. This has been particularly true in both the media and new media, an area where Stephen Carter’s Ofcom often produced good thinking, but was unable to translate that into actual policy (eg, BBC charter review). Richards comes from the political world, and this might benefit Ofcom in that respect.

* Being a champion of ‘better regulation’ in dealing with the European Commission, health advocates, and other populist causes.

Given they spend all of their time studying Ofcom, who are we to argue of them.