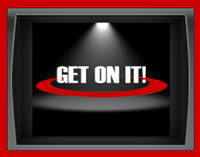 A few week back, BT confirmed that they have closely tied themselves with US podcast aggregator, PodShow, so closely in fact, that they’ve stuck BT at the front of PodShow domain to form BTPodShow.

Looking for the podcast interviews? They’ll be available in part two tomorrow.

Rather than just rattle off the news, we felt it was worthwhile digging a bit deeper and understand the How and Why of the deal.

What makes this interesting?
Quite a few reasons really. Not the least being that, showing a change of approach, BT aren’t making the service exclusive to only their network – their normal approach to try and encourage people to subscribe to their DSL service. BTPodShow will in fact be open to anyone in the UK.

This alone shows a major shift within BT that shouldn’t be underestimated. It demonstrates an understanding that, although they dominate broadband provision in the UK (with nearly 3m accounts of their own, without all of the BT Wholesale lines sold via other UK broadband providers), they can’t own the whole market.

Having acknowledged this, they’ve clearly decided that they just as well make some income from the people who don’t buy broadband from them. 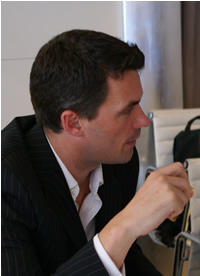 Where does the income come from?
While the financials of the deals haven’t been disclosed. We understand that there will be a revenue share between the two parties, expected to mostly come from advertising income.

The PodShow side of the business is responsible for finding, maintaining and managing the relationships with the advertiser. At launch they reported that they had 40 global brands lined up to advertise on the network. If these are unique to the UK version, or are extension of relationship they already have with their previous site isn’t clear.

Why this deal. Why now? BTVision
We think a major reason is BT Vision, their soon to be launched ipTV service.

BT have recognised that the current fodder broadcast on TV, will not continue to satisfy the wants and desires of the public in the future. In the words of BT’s consumer division group managing director, Gavin Patterson’s words, “The trend to user-generated content, and social media networks is clear cut. We see ourselves as a distributor of content. What we anticipate is more people wanting get involved with creating content.”

To fill the gap left by the dissatisfaction with ‘normal TV’, they have to open a collection channel for the content to flow to them and then build a collection of User Generated Content (UCG). While they could build PodShow’s technology themselves, it’s clear that BT don’t want to miss out on this, wanting to get into this area quickly, as confirmed by the speed at which they put this deal together. 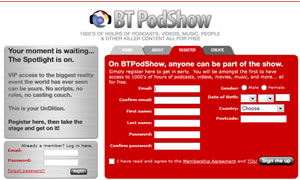 We wondered if the higher resolution video might not be put out on the Website, but reserved for BTVision, to which Patterson said, “The experience that people have over the Internet will not be sufficient for the TV space. I anticipate it will happen.”

The advantages for PodShow are obvious. If they export this idea to any other country, they’ll be able to hold BT up as their first partner, something that really can’t be beaten.

As BT have a near monopoly on broadband and land line provision in the UK they can expose BTPodShow to the 17m ‘customer relationships’ they have, not just to encourage people to go to BTPodShow to watch the content, where they’ll make income from advertising, but to encourage those same people to produce and upload content.

Moves like this cannot help but strengthen BT as a media brand in the mind of the public – especially the youth. Vital for their service growing in the future.

Continued in the concluding piece, covering the advantages for PodShow and the chances of success of the service.