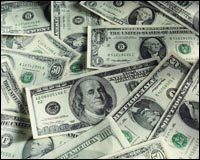 There’s been tons of financial results coming out around now, but we’ve spared you from them – we’re nice like that. Today we felt it was worth an exception.

Always interested in the growth of Google, we thought we’d bring you details on their second-quarter results.

Climbing ever higher, Google reported revenues of $2.46 billion for the quarter ended 30 June 2006.

Their revenues are broadly split to three areas; from their own sites; from partners sites, and International revenues.

Having a dig through their figures reveals some interesting info – honestly, it is interesting.

As is well known, one way Google does so well is by getting other sites (partners) to carry their clients advertising for them (of which Digital-lifestyles is one). In accounting-ese/jargon, they refer to it as Traffic Acquisition Costs or TAC. These increased to $785 million, up from $723 million in its first quarter. The TAC (see how quickly you can get into the swing of this jargon) remains at 32% of their advertising revenue, giving a rough understanding that Google take 68% of these ad earnings – pretty healthy in their favour.

The cost of operating their extensive, world-spread data centers and to a lesser extent, processing credit card charges has increased to $204m. That’s a lot of computers, but remains at 8% of revenue.

For a company that ‘doesn’t advertise,’ they’ve been lashing the cash on promotional work, $49m, or which $24m was ‘related to certain distribution deals,’ which we imagine is their deal with browsers like Firefox.

The other little nugget is the amount of wonga they’ve got sitting around. Cash, cash equivalents, and marketable securities were sitting at $9.82 billion.

It’s telling, that Microsoft announced fourth-quarter profit declines, with plans to buyback $20Bn of their own stock.