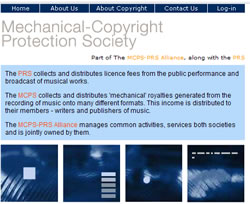 “A wide music industry grouping representing the independent record industry, composers and songwriters, musicians and performers, music managers, music publishers and their collecting societies hosted a crucial round table meeting yesterday, chaired by the Smith Institute, to debate the creation of a progressive and innovative copyright framework that is fit for purpose in the digital age.”

Which is the official line anyway, whether it has any relevance to the real world is a mute point and potentially completely misunderstood.

After the “industry” round table, a press conference was held, with the following representatives: –

A value recognition right
This is the whole premise of their argument. Anyone involved in the distribution of content (whether they are aware of it or not) should be considered part of the value chain and therefore subject to licensing constraints. 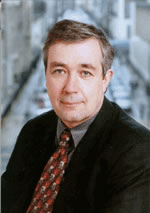 The Copyright Levy laws were designed for analogue, but digital changes everything, control has passed to other players (ISPs, mobile operators, iPods etc) rather than traditional channels with physical controls. So the intent is to license these distributors. This will of course require working with them, understanding their business models etc.

It’s all about a mechanism for creating a better working relationship with distribution channels.

The groups are already lobbying government to change the law so that these new distribution channels will now be considered actual distributors as the content is adding value to the distributor, therefore the industry should get a cut of the added value.

It’s estimated that £0.5 billion has been lost in license revenues due to illegal sharing. Current copyright law actually forbids copying a CD to iPod (or any other kind of digital copy).

They agree there is more work to do and they’ll publish the report in September including transcripts of discussions held yesterday morning.

These issues don’t just apply to the music industry and they’re gaining traction from other content industries and internationally.

Statistics are everything
One of the major stats used to justify their argument is that 60% of Internet traffic is file sharing, initially it was stated that this was “music sharing”, but this was changed to general sharing. There is a lot of P2P traffic and though a lot of it is probably music sharing, services such as Skype and other legal P2P services will also make up a good percentage.

They then utilise these figures that as so much traffic is P2P, users are signing up for broadband because of file sharing i.e. P2P is adding value and therefore attracting users and they want a cut of the added value.

It’s actually probably the other way around, people sign up for broadband for many reasons. Nowadays, because it’s given away free as a bundle with other services, but also because it’s cheaper than (or near enough the same price as) dial-up. Customers then find P2P is easy and therefore use it.

The margins on broadband are extremely low, Carphone Warehouse (CW) is actually losing money on every customer they sign-up, EVERY month (this will eventually change when they install their own kit in BT’s exchanges). They are buying market share. P2P doesn’t help their situation at all, they’d much rather not have users eating up all CW’s bandwidth which costs them lots of money. 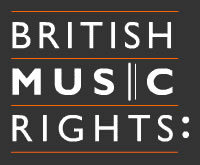 Bulldog have just pulled out of the retail market and have decided to concentrate on the wholesale side and compete with BT Wholesale. Though part of this is that their parent Cable and Wireless (C&W) are trying to consolidate to fewer larger customers (i.e. broadband suppliers who then have lots of customers), part of the problem with having retail customers is you have to constantly upgrade your network to meet their growing bandwidth needs, and this gets very expensive very quickly.

With a wholesale customer base, they only need to provide a certain amount of bandwidth per customer to the retailer, who then has to provide connectivity elsewhere and meet the growing bandwidth requirement pains.

Retailers using BT Wholesale have very small margins, equating to maybe a few pounds per month to provide all the back-end services that customers demand.

Broadband to all
Broadband is becoming a commodity and it’s the value added services that will generate revenue, and what are the value add services? Licensed content, initially likely to be TV (as in IPTV), but other services will follow.

In France broadband is available for 18 Euros per month for 24Mb/s ADSL2+, this includes Internet access, basic TV channels and all you can eat national French dialing. Yes, the companies support P2P, not because they want to, but because customers demand it. The basic service will just about pay for itself, or even make a loss, but then once customers have the broadband in place, they buy premium content and that’s where revenue comes in.

This model is coming to the UK, BT’s broadband hub service is their first foray into an IP connected world, BT Vision (IPTV) is coming.

Stealth Tax
The music industry has gotten very bad press for suing consumers, so now they are trying to make the problem go away by taxing (licensing) the distribution channels and hiding the effect from users themselves.

The distribution channels would rather the traffic wasn’t on their networks in the first place, but are being put in a position (which could be driven through by law) where they have to pay for their users’ (mis)use of the network where margins are incredibly low to start with.

This means the channels will have to put up pricing (which means users notice) or absorb the costs themselves and they make even lower margins.

The music industry needs to rapidly have sensible discussions with the ISPs and other distribution channels to sort out the real economics of distribution or it’s likely a stealth tax will come into force which could kill the distribution industry in doing so, which wouldn’t benefit anybody.