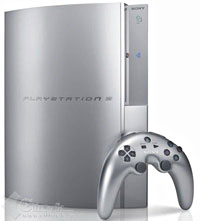 Sony has announced the pricing for its eagerly anticipated next generation PS3 console at a pre-E3 conference in Los Angeles.

With a scheduled US release date of November 17, the PS3 will be available in 20GB and 60GB configurations, priced at $499 and $599 respectively (the same cost in Euros), making the unit at least $100 more costly than its main rival, the Microsoft XBox.

Sony have some catching up to do with their main rival Microsoft, whose Xbox-360 console has already shifted some 3.2 million units since its launch last November.

The higher price and inclusion of the brand new, high-def Blu-Ray disc drive is something of a gamble for Sony, but some analysts believe that the package – and particularly the Bluetooth wireless controller – may prove simply irresistible to gamers.

There’s certainly a lot at stake for Sony, with the company expected to lose several hundred dollars per unit – while hoping to rake in fat profits from software sales over the life of the console.

Kaz Hirai, head of Sony’s US gaming business was confident, “We must take risks to reap the reward. We’re not interested in conventional thinking.”

“The next generation doesn’t start until we say it does. Today the PlayStation 3 is real,” he added. 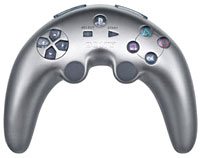 The company expects two million of the puppies to have shunted off their production line and into the shops during the ‘launch window,’ four million by the end of the year and six million worldwide by March 31, 2007.

Japan is set to get the machines a week earlier – November 11 – while we assume that Europe will get deliveries the same time as America (a slide at the conference proclaimed, “Worldwide Launch, Early November 2006”).