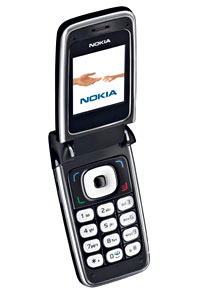 Launched at the 3GSM World Congress in Barcelona, Nokia’s new 6136 phone is being touted as the handset that brings GSM and wireless LANs together.

Claiming to be “unifying GSM and Wi-Fi connectivity”, the 6136 is a UMA (Unlicensed Mobile Access) phone giving users the ability to roam seamlessly between GSM mobile and Wi-Fi networks.

Thanks to the wonders of UMA technology, network charges can be slashed as the phone automatically switches to a VoIP connection when one becomes available – so if you’re on the phone as you come home, your mobile will instantly transfer the call to your Wi-Fi network. 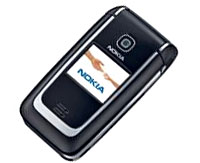 So far, there’s only UMA service in operation, the BT Fusion product, which we reported on in June last year.

The technology holds much promise for operators, offering the ability to deliver new voice and data services to subscribers over WLAN access networks.

Because of its limited bandwidth, GSM only supports basic data services, whereas super-fast Wi-Fi can deliver far richer content though support connections of speeds (theoretically) in excess of 50Mbps. 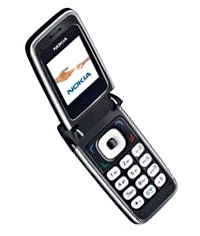 He added that UMA devices would appeal to companies who wanted to reduce call costs by moving their voice and data to common IP networks.

Orange customers are expected to be the first to get UMA’d up, and there should be plenty of Wi-Fi hotspots about after the company recently took over broadband outfit Wanadoo.

We’ve no idea how much the network charges are going to be, but they should certainly be cheaper than making calls via Orange’s normal network.