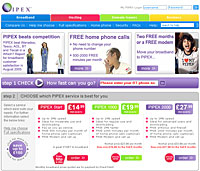 There still seems to be plenty of cash slopping around the broadband sector, as PIPEX has just waved its weighty wad in the direction of Freedom to Surf (F2S) and bought the company for £10m.

F2S is a major UK ADSL provider, boasting 40,000 broadband customers at the end of September 2005.

When added with PIPEX’s existing customers, the combined user base will make the company the 5th largest broadband DSL provider in the country

It’s uncertain whether existing Freedom2Surf customers already using LLU via the EasyNet LLUStream range will stay where they are or be shunted on to a PIPEX LLU product.

PIPEX had previously announced that it was currently unbundling 60 exchanges, and the acquisition of F2S will greatly increase customer density around exchanges already allocated for unbundling, thus improving return on their investment. 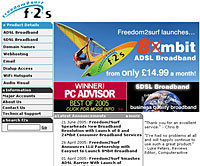 Peter Dubens, Chairman of PIPEX, said: “In the light of our recent decision to unbundle an initial 60 exchanges, we are very pleased to add F2S to the PIPEX group, which will further increase the density of customers around each exchange, thus improving the return on capital and enabling us to offer higher speeds to a greater number of our customers. F2S’s customers will be able to benefit from our extensive network and the broad range of services we provide.”

Elsewhere, Wanadoo UK revealed yesterday that it has already unbundled 150 BT exchanges in five UK cities (Leeds, London, Bristol, Manchester and Birmingham) and has plans for another 500 exchanges over the next 12 months.