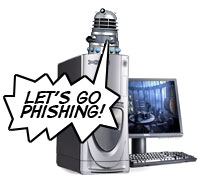 Once again, the UK has grabbed the number one slot on Top Of The Bots, possessing the world’s highest proportion of known bot-infected computers.

The figures from Symantec’s Global Internet Threat Report covers the first half of 2005 and reveals that almost a third (32 per cent) of virus-infected, zombie PCs- were located in the UK – substantially up on last year’s 26 per cent ranking.

Bots (short for ‘robots’) are software programs that sneakily install themselves on hapless users’ computers, allowing dastardly hackers to do beastly things remotely.

Infected computers can be used for malicious purposes such as phishing, spam, denial of service (DoS) attacks and other security risks such as spyware and adware.

Bot network activity is increasing faster than Wayne Rooney’s Yellow Card collection, with activity doubling from under 5,000 bots per day in December 2004 to an average of 10,352 in the report period.

Symantec puts this down to the huge rise in broadband subscriptions coupled with the delays in software patches for operating systems and software being made available.

Phishing continues to be a growth industry, with the daily average of phishing messages leaping from an average of 2.99 million messages a day to 5.70 million over the six month period covered by the report.

One out of every 125 e-mail messages scanned by Symantec Brightmail AntiSpam was a dodgy phishing attempt, up a thumping great 100 percent from the last half of 2004.

Dean Turner, senior manager of the Symantec Security Response team, commented: “Bot networks are valuable for a couple of reasons: One, because they allow for extremely rapid propagation, and two, because they provide a relatively high level of anonymity for providing attacks.”

Symantec’s biennial Internet Security Threat report revealed that London and Winsford (where?!), England, were the big cheeses of the bot-infected world, registering a shameful 8 percent and 5 percent of the world’s infected computers, respectively.

Seoul came in at third place with 4 percent, with the U.S. and China being the second and third largest providers of bot-infected systems, notching up 19 percent and 7 percent, respectively.