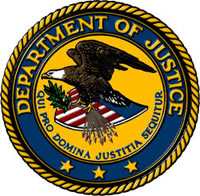 In a pretty gung-ho move that shows a lot of seriousness, the US Department of Justice (DoJ) have announced the results of Operation Site Down. More than 20 raids occurred in Australia, Belgium, Canada, Denmark, France, Germany, Israel, the Netherlands, Portugal and the UK, as well as 70 in the USA.

Four arrests: David Fish; Nate Lovell; Chirayu Patel; and William Veyna were made in the US with them being charged with violating federal copyright protection laws.

Attorney General Alberto R. Gonzales was nothing if not stern, “By dismantling these networks, the Department is striking at the top of the copyright piracy supply chain—a distribution chain that provides the vast majority of the illegal digital content now available online, and by penetrating this illegal world of high-technology and intellectual property theft, we have shown that law enforcement can and will find — and we will prosecute — those who try to use the Internet to create piracy networks beyond the reach of law enforcement.”

We’d imagine there’s been a fair degree of celebration at this news in the entertainment world – dinner tables will be booked.

The DoJ reported that hundreds of computers had been seized, leading to at least eight major online distribution networks being shut down.

With the size of the seizures we’d imagine there’ll a big gap left in the world downloading. It will be interesting to see how long it takes to repair itself.

While closing down some file sharing networks for a period of time will temporarily throttle the flow of material over the Internet, we see far more direct financial loss through gangs selling DVD’s around pubs, clubs and streets of the UK, where this has reached such a level that we have seen a pub with “No DVDs” signs on the door.

File trading on the Internet is done by spending the time doing it, but it has no financial gain. The DVDs being sold in public are making someone very rich.

It does make you think that if downloading high-quality movies without seeing the head of someone getting up in the middle of the film to go to the toilet were easy, most of that fiver that people pay on the street would end up in the film company’s pocket. Sadly they’re waiting for DRM to be in place first.

US Department of Justice