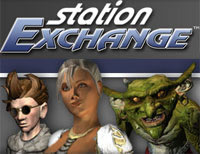 In an astonishing volte-face, Sony Online Entertainment (SOE) has announced that it now endorses the auctioning of virtual items from its massively popular online game, Everquest II – with the electronics giant pocketing a cut of the cash, naturally.

Sony is introducing the service in an attempt to put a halt to ‘plat farmers’. These are dastardly rotters who use macros and bots to harvest rare items in games, level up characters, gain virtual money – and then flog them off on eBay.

Personally, we’d rather buy a round of lovely real ale than shell out for the Dark Lord of Deltronia’s Mystical Turbo Sword of Mwegneli, but as we’ve reported before (Sales in Virtual Goods Surpasses $100m, Nov 2004), considerable sums of money are changing hands for virtual items.

SOE director John Smedley has estimated that the market for virtual items is upwards of US$200m (€153m/£104) worldwide and the Station Exchange looks to be an attempt to grab a fat slice of this juicy pie.

So far, Sony have said that the Station Exchange system will only be available on dedicated new servers and that players will be able to transfer to an exchange server but not from one.

Naturally, gaming bulletin boards have been buzzing with debate about this development, with some expressing concerns that the ability for a rich user to “buy” success in a game effectively creates a ‘class’ divide.

‘Miss Minnie’ voiced her doubts on the urban75 gaming forum: 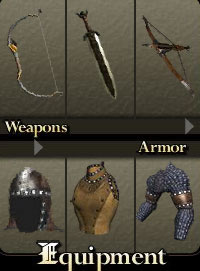 “There already is a ‘virtual class system’ within the game itself – you earn status and faction standing, money, prestige, titles, fancy clothes and transport, you start living in a hovel but can move on up to luxury apartments etc – But at least till now you could assume that most people had ‘earned’ those things by playing the game.

Now you won’t be sure if someone is a player or a buyer, so I suppose it could be said that touches of real-life’s ‘class system’ will be impinging.

In my opinion, that is the biggest shame – these games are supposed to be fantasy worlds and now real-life threatens to intrude.”

‘Private Storm’, on the same board, was more pragmatic:

“Trading of in-game items etc goes on and it is extremely difficult to stop it.” 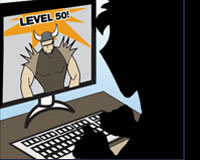 “I’m not sure of the mechanics in EQII, but in WoW (World of Warcraft) they have mitigated the potential for selling items somewhat by introducing the concept of having things bind to that character when it is picked up, meaning you can’t transfer items to other players, hence no selling though eBay and the like.”

“I think Sony has said in their press release that they can’t ignore the fact that the selling of stuff goes on and that a lot of the support they have to give players is to do with this, so they’re creating controlled systems for it to happen. Virtual ‘harm reduction’ as it were.”

“People approach these types of game with different playing styles and with different things they want to get out of it. Such games often require a large amount of time and dedication to actually see any significant progression and not everyone has the time to realise this progress. If you are a cash rich, but time poor player, but still want to play the game, buying items etc to help you get the most out of your time online doesn’t seem so bad.”

“On the other hand, there are players that are time rich, but cash poor who can achieve a large amount of success within the game simply ‘cos they have the time to do so. They’ve invested a large amount of time and money in playing the game and obviously feel that they should be able to benefit in the real world from this. Selling the stuff they acquire seems reasonable in this context.” 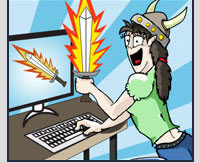 For some gamers, an officially sanctioned auction site is an inevitable consequence of the growing popularity of virtual gaming, with Sony’s cut, a reasonable price to pay for eliminating a lot of scams.

If Station Exchange is successful, it may only be a matter of time before other auctions are permitted for SOE’s other games like Everquest I and Star Wars Galaxies.