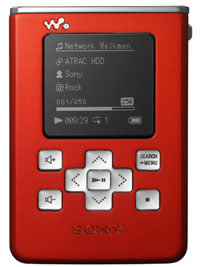 iPod killers, eh? You can barely get out of bed without some hyperbolic company boldly giving their new MP3 player the big one, only to discover that it’s proved as popular as a lager lout on a teatotallers daytrip.

This time, however, it looks like the boffins at Sony could have pulled something special out of the bag.

The highly pocketable Sony NW-HD5 is a 20 Gigabyte hard disk player that is both smaller and lighter than its equivalent iPod, weighing in at a lithe 125g.

When it comes to battery life, the Sony has taken the iPod around the back of the bike sheds and given it a good thumping.

Even better, Sony’s battery is replaceable too, with Sony promising that spares will be available from High street stores – a far cry from iPod owners having to shell out big bucks to get Apple to exchange their worn out power packs.

We’re yet to rub up and get intimate with the Sony NW-HD5 but it appears to be an attractive looking affair, available in silver, red and (none more) black. 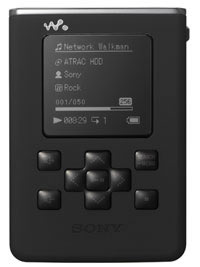 Unlike previous Sony models, the NW-HD5 is based around a portrait design where the seven line, 1.5-inch backlit LCD sits above the controls. In a neat twist, the new ‘Follow Turn Display’ feature automatically orients the interface screen horizontally or vertically depending on which way the player is held.

The player comes bundled with SonicStage 3.1 music management software for converting and managing music from CDs in both ATRAC3plus and MP3 formats. The software also offers access to Sony’s iTunes-challenging “CONNECT” online catalogue of more than 600,000 tracks and albums.