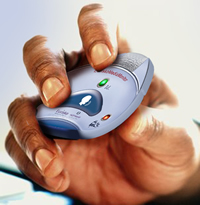 Of the three audiometers which took part in the test, two have been selected for further fieldwork tests: the Arbitron Portable People Meter (PPM) and the Eurisko Media Monitor.

The Audiometer Validation Test, designed in conjunction with the National Centre for Social Research (NatCen), was set up to determine how well the audiometers could identify up to 33 different radio services (both music and speech-based) under as wide a variety of real life situations as possible.

The three audiometers, the Arbitron PPM, the Eurisko Media Monitor and the GfK/Telecontrol MediaWatch, were all subjected to the same listening conditions over the course of a weekend in November 2004. 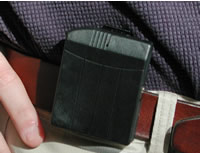 To make the test as thorough as possible, hundreds of unique listening environments were generated, with RAJAR specifying several criteria which the audiometers should fulfil – these included the ability to identify all formats equally, whether music or speech, against a variety of extraneous background noises, when played at differing volume levels and regardless of whether the wearers were stationary or in motion.

RAJAR wasn’t anticipating 100% accuracy from any or all of the audiometers on test, but they hoped to be able to identify listening correctly across FM, AM and DAB in a variety of day-to-day conditions.

“RAJAR has selected the Arbitron PPM and the Eurisko Media Monitor meters following analysis of the Test results, which showed that, despite using different techniques, both audiometers identified very similar numbers of listening sessions. Their level of correct identification was in line with that anticipated when designing the test.”

She added that their decision was based “solely on the needs of the UK market, where monitoring AM, FM and digital broadcasting is highly complex.” and described the tests as “Another momentous hurdle has been crossed in our journey to achieving the objectives of the Roadmap by 2007.”

As radio continues to fragment, the ability to measure small audiences becomes ever more vital to the survival of stations, with advertisers needing solid proof that they’re not investing their precious advertising budget into tumbleweed stations.

This has added significant pressure on RAJAR to produce reliable measuring systems, with the threat of lawsuits always hanging in the air (see: RAJAR defeat TWG Audience Court Case

Digital-Lifestyles was present during the testing last year and we can vouch that it was very comprehensive – and quite possibly the largest world-wide trial to date.