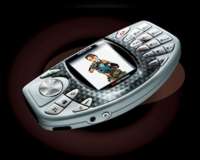 It is a widely known fact that without enough compelling content, a platform will wither and eventually die. Sega know this to their cost – they lost the Dreamcast this way and it’s clear that Nokia understand this too. They are also both big believers in multi-player mobile gaming.

Nokia and Sega have been working together since November 2002, putting Sega content on to the Nokia N-Gage (mobile-gaming-platform-that-happens-to-be-a-phone). It’s clearly been a successful relationship as Nokia have announced that it will buy Sega Mobile business and integrating it into theirs.

Sega have a long history in multi-player gaming. It’s a little discussed fact that Sega’s last games console, the Dreamcast, which was its Japanese released in late 1998, shipped with dialup modem enabling owners to connect to SegaNet. SegaNet provided walled garden Web browsing and importantly enabled people to play games against others around the world. Sega were clearly well ahead of the rest of the console companies – there was even a broadband Ethernet connection available in Japan and the USA.

Following their exit from the hardware gaming business, they have used their undisputed skills in writing games and providing them for other gaming platforms. One of the areas they focused on was mobile gaming.

Understanding that they needed to provide a end-to-end solutions for multi-platform mobile gaming, Sega created the SEGA Network Applications Package, generally called SNAP. Providing both a toolkit that enabled games developers to make their titles network enabled and server hosting, billing, consulting, & QA services they have been successful in attracting users.

It’s this complete development solution that Nokia has bought. SNAP will bring immediate benefits to the Nokia N-Gage game deck and is scheduled to be available to consumers worldwide on 7 October 2003.

SNAP is used on a number of mobile platforms including Palm and other mobile phone manufacturers hardware. It’s not clear is the Nokia purchase will impact of the breadth of platforms supported, or is the manufacturers will be keen to support a software platform that Nokia owns.