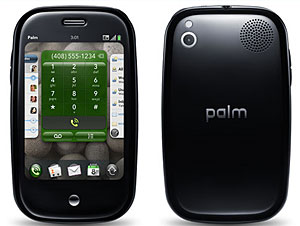 Palm’s make-or-break new Pre handset launched over the weekend in the States, and we’ve been trawling through the reviews to see how’s the new handset has gone down.

Overall, it seems that the phone has been very well received, gaining plaudits for its interface, operating system and form factor, although not everyone likes the keyboard and there’s been some doubts about the battery life and the lack of available apps.

Tech site Engadget posted a substantial review, which was generally enthusiastic, declaring some of the ideas and concepts in Palm’s new webOS as being “truly revolutionary for the mobile space, breaking down lots of the walls that separate the experience of using a dedicated PC versus using a handheld device.”

Their reviewer declared the Pre to be a “great phone” and “an important step in the evolution of mobile computing,” but with some room for improvement

Gizmodo loved the Palm Pre’s screen, describing it as “the best multitouch screen” they’d ever seen, and although a tad unimpressed with the physical build declared the whole package as “something we can get behind.”

The Wall Street Journal loved the Pre, with their respected writer Walt Mossberg concluding, “All in all, I believe the Pre is a smart, sophisticated product that will have particular appeal for those who want a physical keyboard. It is thoughtfully designed, works well and could give the iPhone and BlackBerry strong competition – but only if it fixes its app store and can attract third-party developers.”

PC World also noted a few hardware gotchas, but still felt the love: “Hardware flaws aside, the Palm Pre made a solid impression on me. Its eye-catching design and smooth operation make this smartphone the most exciting device I’ve seen in a while.” 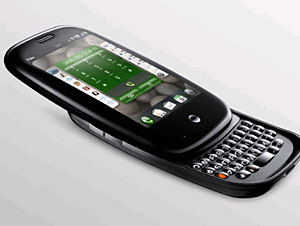 UK-based T3 Mag also declared themselves impressed with the Pre’s interface and usability, adding, “Multitouch works like a dream, with a light flick of the finger called upon when needing to perform an action. We hate to keep comparing it to the iPhone, but it feels more accurate and responsive, particularly when flicking the finger upwards to exit a program.

Sliding the finger along the bottom of the screen brings up the five launch bar choices, which is an addictive action to perform – we found ourselves doing this for no reason other than to stare in adoration at the rippled effect. It’s easy to swap the five programs in the launch bar, however it comes with the standard calling, texting, emailing, internet and full menu launching functions. The latter will bring up a list of all the apps and programs available, like the camera.”

Although there were no lines of high-fivin’, all-whoopin’ store staff to herald in the (limited) supplies of the new handset, Bloomberg reported that sales seemed healthy on the launch date, although Palm and Sprint haven’t released exact figures.

Sprint’s store on Mission Street in San Francisco sold all its 60 Pre phones within two hours, and – interestingly – it was reported that around half the people who bought the Pre already owned an iPhone.

Elsewhere, a new version of the Missing Sync tool will soon let Mac users sync Address Book, iTunes, iCal, Entourage, Safari and iPhoto information between their Macs and Pre handsets, with a Windows version in the wings.

A look inside
The Pre had been barely released before the RapidRepair website has pulled one apart to reveal a high standard of construction inside.

It seems that the Pre has been getting some folks a bit hot under the collar, with a YouTube clip showing tech journalist Leo Laporte going ballistic with Mike Arrington of TechCrunch after it was implied that his opinion of the Pre was affected by the fact he had a free review unit.