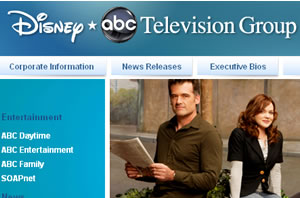 The Disney-ABC Television Group in the US has released a Video on Demand (VoD) service. Not exactly news for DL is it? We’ve been reporting this type of thing for years.

Here’s the news. What ABC have done, in an inexplicable move, is _remove_ functionality that is standard in VoD services normally. They’ve decided to take away the ability to Fast-Forward.

Their thinking? They don’t want people to fast forward through the adverts! One of the major reasons people love VoD or PVRs is exactly the control they give.

Removing functionality like this ignores the fact that most media is available from multiple sources these days – importantly, ones where the ability to control is not removed from the user. People will just go elsewhere to find their media.

While ABC are innovating in allowing the local TV station that is carrying the ABC programming, to insert their own locally-sold advert into the ABC stream, we feel removing the fast forward shows just how out of touch media companies are in the time of Digital-Lifestyles.