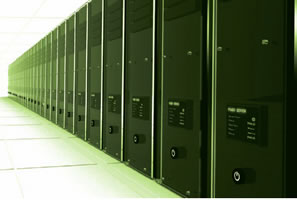 There’s been many stories in the newspapers about how bad the aviation sector is at producing emissions harmful to the environment.

A survey carried about by Global Action Plan, an environmental charity, has indicated that the IT sector in the UK has a similar carbon footprint to the aviation industry. As the usage of computing rapidly expands, it’s impact could well be over that of the airlines.

120 organisations. with a combined IT spend of over £475, employing over 500,000 employees returned surveys, which brought out some amazing findings.

Government doesn’t help
One interesting example of a bad guy, is the Government through their policy of extending the period of time that data has to be retained for. Obviously data retained for longer will need to be hosted for longer, thus requiring power to maintain it.

The survey found that companies are taking a very cautious approach to retaining data and intend keeping data for ever.

Positive case studies
There are some encouraging examples of where companies have made moves to reduce consumption, such as the John Lewis Partnership.

By shifting towards virtual servers, the benefits have been stark. The project has saved over £100,000 in new server purchases, 120 units of rack space, 1.5 tonnes in weight of equipment, numerous network and SAN connections, £8,000 in consumed power over five months, additional air conditioning costs and 250 tonnes of CO2 annually.

While efficiencies can be found, it appears that technology vendors are falling down on providing environmental information to potential purchasers of equipment, with 60% of the respondents finding it was poor or confusing.

Green hosting
This report brings to mind a conversation with sustainability technical artistic whizz, Dominica Williamson, who early in 2007 suggested that there was a gap in the market for Zero emissions/Green Web hosting.

Around the DL offices, we’ve often joked that the majority of Web hosting is likely to move to northern Europe, say the far reaches of Sweden, because the air conditioning needs there will be considerably reduced – they could just leave the windows open.

Seeing this report today might bring that jape a step closer to reality.

7 thoughts on “UK IT Usage Rivals Airlines In Carbon Emissions”