We haven’t had a look at Joost for a long time, but following an email from them, we thought we’d take a look and give you a quick update.

URL To Programmes
Joost now has its own URL structure so you can blog/point to programmes that are on Joost to others. This works not only for the programme, but to the frame you happen to be watching at the time.

A great way to get Joost and its shows to spread around the Internet.

Visual Quality
We continue to be impressed with the quality of the video as it’s shown – rivalling many of the channels that show on satellite TV in the UK.

Range of Channels Increased
The range of channels and programming has increased substantially, with many bound to get excited about various Star Trek shows being available and quirky skits like The Onion News Network.

We were surprised to see full length films such as Patriot Games available. 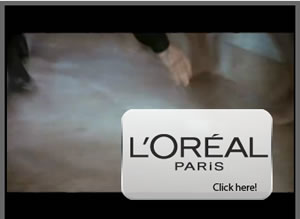 On the downside
On the downside, adverts appear to be more prevalent – to the extent that the logo of the advertisers appears on the screen while you’re watching programming, not just between the programming.

Joost are going to have to play careful on this. Too much advertising will cause people to switch away from Joost to other services.

Other popups are appearing with annoying regularity. OK Joost we know that you want us to tell you how we think you’re getting on, but do you really need to popup the comment box over and over to ask us?

How’s Joost Fairing?
Let’s be frank, Joost has quite a lot of competition these days, from sites like TV-links and AllUC, which link through to video hosting sites that have copied films and TV shows on them.

Sites like that might be frowned on by the TV industry, but the fact is that they’re available on the Web and will be pretty hard to stop in the future.

OK they don’t have the bells and whistles like Joost’s chat, but for most viewers that doesn’t matter.

The advantages of that type of site is that the material available will be far more desirable as it’s more likely to be current.

With the expansion of the material available on Joost, it looks like the TV/film content industry might be starting to understand this. Not only will the industry benefit, but Joost will do – and in turn the views will do to.

One thought on “Joost Re-reviewed”