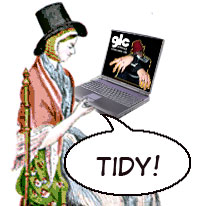 The Welsh Assembly has announced today that they’ve selected the BT Group to provide the broadband infrastructure for the remaining exchange areas in Wales.

Nothing particularly exciting about that of course, except that the agreement is a major step on the way to Wales becoming one of the few countries in the world to offer 100% broadband coverage.

With much of lovely, lovely Wales being rural, the Assembly’s Regional Innovative Broadband Support Scheme (RIBS) was set up to connect up parts of Wales described as ‘broadband blackspots’.

The new scheme with see around 10,000 households and businesses receiving access to at least first-generation (512kbps to 2mbps) broadband services at prices comparable with urban areas of Wales.

Once completed, virtually every single household in Wales will be able to join in with the broadband revolution and get stuck into video conferencing, Voice over Internet Protocol (VOIP) and other business and entertainment uses.

Andrew Davies, Minister for Economic Development and Transport and eMinister for the Welsh Assembly Government swivelled into spin mode: “Currently, around 99% of the Welsh population can access broadband technology – a remarkable achievement in its own right. However, the Assembly Government is committed to ensuring that virtually every single individual and business in Wales has the opportunity to benefit from the advantages offered by this technology.”

Broadband uptake in Wales has almost doubled over the past 12 months, underlining the country’s economic transformation from industrial to a dynamic, knowledge-driven economy.

Compared to some other European countries, Wales’ achievement is significant; in Ireland, for example, only about 18.0% of the population have broadband connections.

The Welsh Assembly has been proactive in ensuring that the country achieves its 100% coverage target, as Ann Beynon, Director BT Wales, explains, ” BT, like the Welsh Assembly Government, is contributing to the cost of enabling these final exchanges and without the Assembly’s assistance, the upgrading would not have been commercially viable.!

Work to equip the remaining BT exchange areas with broadband is scheduled to start immediately.