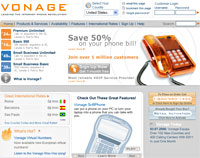 Voice over Internet Protocol (VoIP) is slowly but steadily creeping into American homes, with adoption up 20% since June 2005, and growing user satisfaction.

The figures, released by consulting firm Telephia, show that nearly 3.9 million US households are now VoIP’ing away, with Vonage securing the highest market share at 47.5 percent. This translates into 1.9 million households – up from 40 percent from the last year. 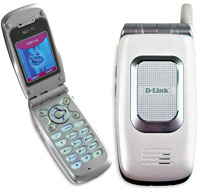 Only way is up
As that dreadful song by Yaz insists, the only way for VoIP is most definitely up, with more wireless subscribers already using the service as their primary phone line.

Kanishka Agarwal, vice president of new products at Telephia, commented: “About 30 percent of 18 to 24 year olds only have a wireless phone…VoIP has an appeal, because it’s less expensive, about $5 monthly…we will see higher adoption in this age group,” he added. 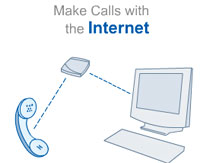 Early adopters to VoIP may recall the experience being akin to talking to a stuttering Dalek in an echo chamber, but the research revealed that 67 percent of VoIP users believe voice quality is now equal to traditional landline services, with 19 percent reckoning that internet calls sound better than those on wired phones lines.

Realibility is on the rise too, with 71 percent of VoIP households finding Internet telephony to be just as reliable as land lines, with sixteen percent considering VoIP to have better reliability.

Naturally, mobile manufacturers like Nokia have been taking note of the growing demand for VoIP handsets, and we can expect to see a flurry of dual-mode Wi-Fi/mobile handsets in the coming months,